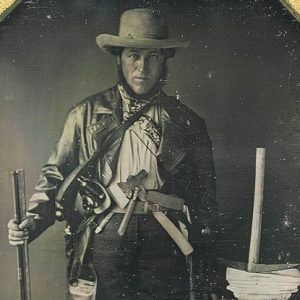 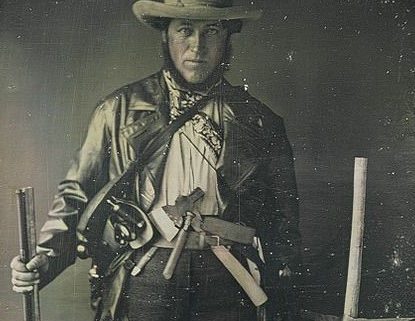 Fabric for oil coats – oilskin fabric, is a heavy fabric made waterproof and resistant through and special treatment with linseed oil and wax. The extremely weather-resistant material became common during the early 19th century in England, when it was mainly worn by sailors and fishermen. However, the technique of treating different fabric materials with oil and different fats is considerably older than that, and is believed to originate from Roman times.

Oilskin, which was said to have a yellowish tone from the flaxseed oil it is treated with, gave good protection against the cold waves and harsh winds, thus keeping the carriers warm. When the sailors went ashore, they kept their hats, coats and trousers of oilskin fabric, which soon became popular on the mainland.

During the rest of the century, the production improved even more and the fabric became common in the British army as well, as it protected the soldiers' rifle from rain. In 1897, the now world-renowned brand of Burberry's founder Thomas Burberry invented the water-repellent gabardine fabric, which eventually changed the view of rainwear as purely practical – they could now also be fashionable. Oilskin also occurred in Australia, where during the 20th century various qualities were produced adapted to the country's particular climate and terrain. Today we make raincoats and other waterproof garments usually in rubberized or plastic covered fabric. However, the classic bright yellow color that modern rainfall styles in traditional style often have today is and historical flash to the then flaxseed yellow hue. However, our oil rock fabrics and their protective properties are equally suitable for coats, field equipment, suitcases and other objects that require a durable and durable material.
https://en.wikipedia.org/wiki/Oilcloth
https://en.wikipedia.org/wiki/Waxed_cotton