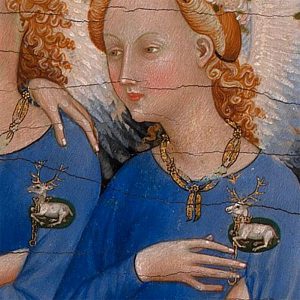 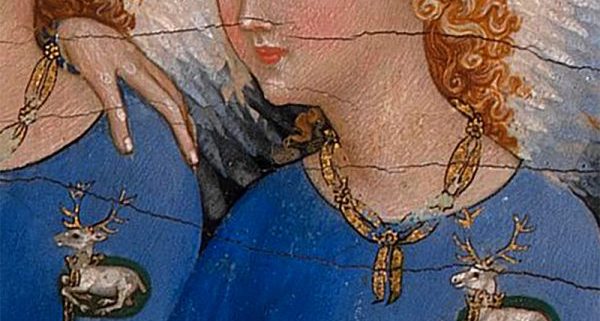 Secular badges became very popular during the 14th & 15th centuries. In style and manufacturing techniques they mirror pilgrim badges and it seems certain that they were made largely by the same craftsmen. In fact a stone mould for casting livery badges has been found at the shrine of Our Lady of Walsingham, evidence that a nobleman would turn to the pilgrim badge makers when a supply of livery badges was required.

Livery badges in fine materials were distributed to a nobleman’s household staff or retinue, while the cheap pewter versions were often distributed en-mass to his affinity, or those that lived within his power base, as a means of securing their support. From the late 14th century this widespread distribution of badges was legislated against by parliament, who feared that it created factions and tyrannies. However, the fact that so many livery badges have been found from this period suggests that such laws were to a large extent ignored.

Lovers’ tokens seem to have been very popular as well. They often mimic the designs of the fine precious metal courtly jewels, and they were certainly used for the same reasons. Most were probably exchanged as gifts, while some, through their symbolism, may have held statements of unrequited or lost love. Pewter lovers’ tokens often carried simple posies of which variations on amours are the most common.

Various other badges simply seem to have declared the wearer’s proficiency at, or interest in, a sport or activity. Yet another type of badge seems to have illustrated popular follies or proverbs, while the meaning of others remains ambiguous to say the least.